Phlegm is an internationally acclaimed cartoonist and illustrator, who is well-known for his self-published comics and creative street art.

His distinctive style comes in the form of immensely detailed figures and a narrative structure.

For the Lift the Lid commission, Phlegm took his inspiration from the town his work was to appear in, Ventnor.

The Ventnor Giant has become a talking point in the town, where it is much-loved by all the locals and visitors. Long-time residents can easily spot landmarks, including the hut on stilts on the beach that was lived in by the eccentric Olivia Parkes, aka Britannia.

He planned the work in thumbnail size detail (see the images in the making folder) before setting to work on the three-storey mural that greets all those enter the town from the East.

It’s safe to say that Phlegm’s work inspires greatness and this was reflected in all the school activities where pupils responded to the art in a variety of ways, painting, drawing and even storytelling.

In case you were wondering, the name Phlegm comes from one of the four bodily humours in ancient Greek medicine; blood, yellow bile, black bile, and phlegm. Phlegm was believed to be responsible for an apathetic and unemotional temperament. 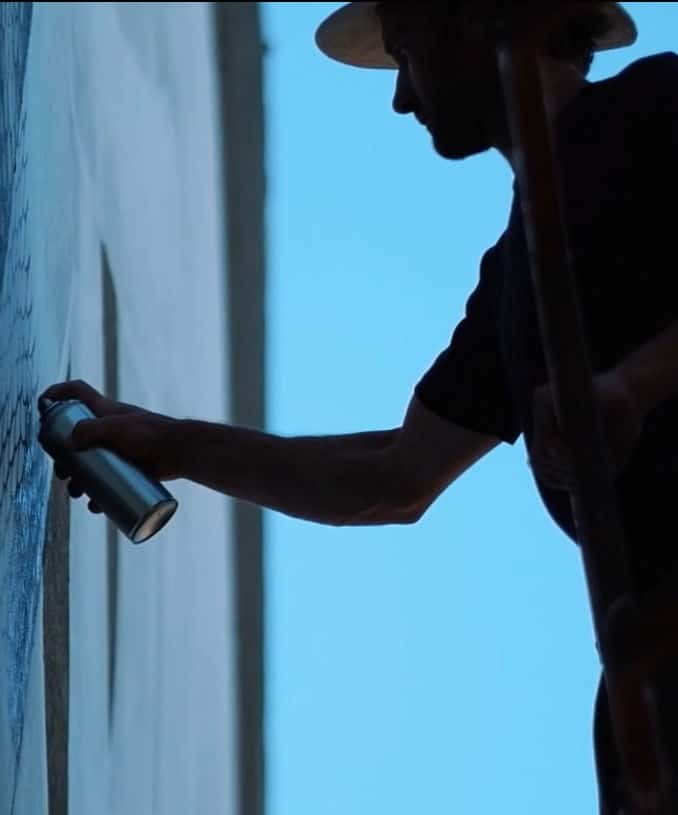